One day, Pinocchio and his girlfriend were in bed doing what girls and wooden boys love to do. As they were cuddling later, Pinocchio could tell that something was bothering his girlfriend.

She gave a big sigh and replied, "You're probably the best guy I've ever met, but every time we make love you give me splinters."

This bothered Pinocchio a great deal, so the next day he went to seek some advice from his creator, Gepetto. Pinocchio thoroughly explained the perplexing matter, and Gepetto suggested that sandpaper might be able to "smooth out" Pinocchio's relationship.

Pinocchio thanked Gepetto for the advice and went on his way.

Some weeks later, Gepetto was in town to have some of his wood-working blades sharpened at the hardware store when he ran into Pinocchio.

Pinocchio was buying up all of the sandpaper that would fit into his shopping cart.

Gepetto remarked: "Wow! It looks like things must be going pretty damn well with the girls." 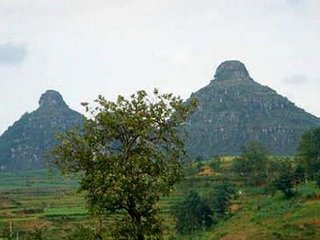 Ha!! That got your attention didn't it.

I can't help it...I saw this over at Miss Cellania and I just had to lift it. She's got an interesting post on breasts, including the results of an MIT study about why men's eyes gravitate to women's breasts.

Of course, I am only interested in this topic because of the science...not the pictures.

Hmmm, and speaking of science, I wonder if those MIT researchers got their hands on all the data available before arriving at their conclusion.

Email ThisBlogThis!Share to TwitterShare to FacebookShare to Pinterest
Labels: boobs

Oh Where Oh Where Has My Little Dog Gone... 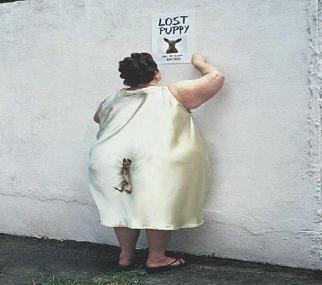 My day was completely wasted on errands so I need a little humor to lift me out of the "kicking my ass around the block for not spending my day working on the book" frame of mind.

I actually knocked out two chapters earlier in the week before leaving for my business trip. Sadly, I don't have any stories to tell about it...must be losing my touch.

I've had to bump out my target date for finishing the first book draft to the end of the month...maybe I'll make it this time.

On the bright side...if the woman in the pic happened to have beans for lunch she'll probably find her dog shortly :-)