Bill Clinton is placed against the wall, and just before the order to
shoot him is given, he yells "Earthquake!" The firing squad falls into a panic and Bill jumps over the wall and escapes in the confusion.

John Kerry is the second one placed against the wall. The squad is reassembled and John ponders what his old pal Bill has done. Before the order to shoot is given, John yells, "Tornado!" Again the squad falls apart and Kerry slips over the wall thus making his escape.

The last person, George W. Bush, is placed against the wall. He is thinking, "I see the pattern here, just scream out a disaster and hop over the wall." As the firing squad is reassembled and the rifles raised in his direction, he smirks his famous smirk and yells, "Fire!"

Five Reasons You Should Have a Camera Phone 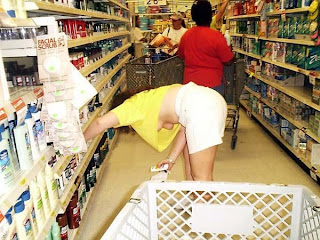 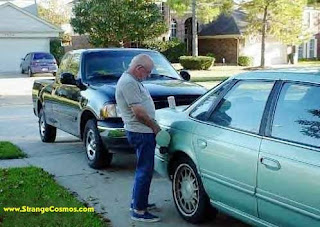 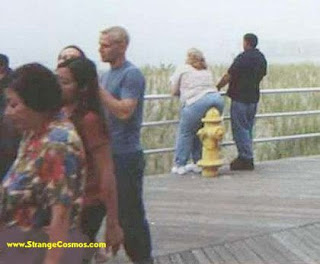 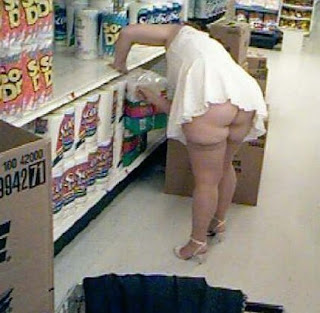 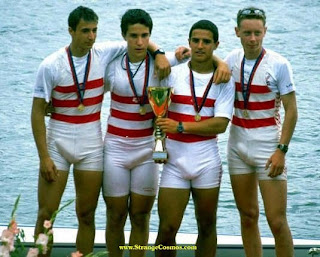 And no...these are NOT my vacation pictures.

I started to write this post as I sat in a sidewalk cafe on the Via Laietana, sipping caffe con leche and watching the women. I was going to post it while in Spain, but decided against it because it was my friggin' vacation...the first vacation in more than ten years that lasted more than a few days. Anyway, this is me at the cafe having my coffee...just so you don't think I'm making this stuff up :-)

We had a great time exploring the beautiful city of Barcelona, soaking up the culture, atmosphere, wine, eating delicious food, practicing our Spanish, and taking lots of photographs. Did I mention soaking up the wine? We did...lot's of it. The guy in the picture can verify that. He's our friend Omar, the bartender at our favorite tapas bar. You can't really see it too well in the picture, but he's sticking his tongue out.

As often happens on my business trips, I found myself in some interesting situations...including some encounters with gypsies...so I will have some interesting stories to share over the next few weeks...or whenever the hell I get around to it. But for now, here's some of the observations I jotted down while basking in the Spanish sun:

My Home Page
Posted by Badabing at 5:42 PM 2 comments:

No, I Wasn't Kidnapped By Gypsies...

But I did have a few interesting encounters with some while in Spain, and I will try to post about it in the next few days.

In the meantime, here's a little snapshot I got a kick out of.