Santa was spotted doing a little Xmas shopping this afternoon. He found that perfect gift...so he may be a little late delivering his the kids' toys tonight.

Oh...and fantasizing about speaking of the perfect Xmas gift...I wouldn't mind finding one or two of these under my tree...or anywhere else around the house for that matter :-)

There's a little surprise at the end of this clip that I thought was interesting.


Merry Xmas to all.

My friend Judy tagged me with this meme. It took me a while to get around to doing it, but, what the hell, better late than never, right? Don't answer that.

1. I'm a voracious reader. I normally read at least one book a week, and sometimes several per week.

2. I've been trying to write a novel for the past 4 friggin' years. I am actually coming down the homestretch and WILL have the first draft finished by year end.

3. I do most of the cooking in my home. It is one of the things that relaxes me, and people tell me I'm pretty good at it. I cook mostly Italian/Mediterranean.

4. I am addicted to ballroom dancing. Until about a year ago I was dance-o-phobic, but then started taking lessons with my wife and became hooked. See my post here.

5. One of the first posts I ever made on this blog is the most popular page visited. I get about 40 Google hits a day for my N'Italian Lessons. In case anyone has missed it you can find it here, and if you're interested in what these words and expressions actually sound like there's a link to some sound bites here.

6. I have a black belt in tae kwan do. Actually, I've completed all my requirements up to third degree black belt, but just never bothered to get officially tested.

7. I love telling stories and jokes. At family gatherings my nieces pre-introduce me to their boyfriends as the guy who'll be telling all the jokes.

8. In high school I was the runner-up for class lover. Okay, okay, you can pick yourself up off the floor and stop laughing. The guy who won actually put on a campaign, but campaigns reminded me too much of politics…which I hated even back then.

9. Speaking of which...I abhor politics and politicians. Just writing that last sentence probably made my blood pressure kick up about 30 points. I pay enough income taxes each year to pay a good portion of your typical politician's salary….shit, just thinking about that is making my head pound so I've got to stop.

10. I've spent the last 40 years trying to get over the guilt trip my parents laid on me about taking vacations being sinful. My father never took a vacation and we were raised to believe that vacations were only taken by "lazy good-for-nothings" that were pissing away their money instead of saving it for important things. That was a direct quote from my mother. I just turned 60 and I am almost over it.

Ha!! Got ya' with that last one, didn't I? Actually, I wish it were true it's not true.

I'm tagging Duke of Earle, Sudie Girl, and Claudia. I was going to tag Old Horsetail Snake too, but someone beat me to him.

So, here are the rules:

1. Link to the person that tagged you and post the rules on your blog.
2. Share 7 random and or weird things about yourself.
3. Tag 7 random people at the end of your post and include links to their blogs.
4. Let each person know that they have been tagged by leaving a comment on their blog.

My Home Page
Posted by Badabing at 9:58 AM 4 comments:

Email ThisBlogThis!Share to TwitterShare to FacebookShare to Pinterest
Labels: memes 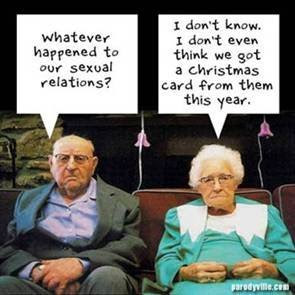 Someday, this will probably happen to all of us. What makes the cartoon even funnier for me is...I swear I have actually met those people in the pic.

My Home Page
Posted by Badabing at 2:33 PM 3 comments:

We Could Have Danced All Night... 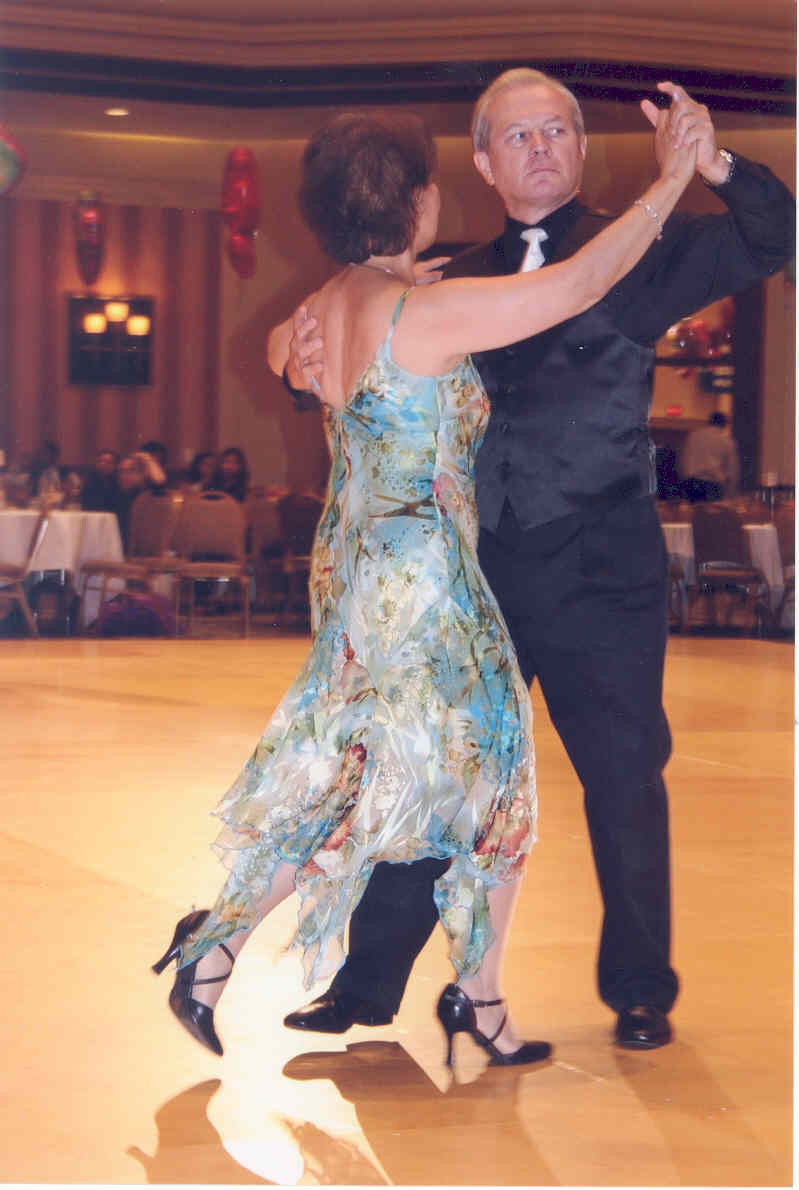 A little more than a year ago the Badabings discovered ballroom dancing. What started out as a present of six dancing lessons to Mrs. Badabing led to an immediate addiction and a monthly dancing lesson bill that is more than many mortgage payments.

Several times per year our dance studio sponsors a program in which participants perform a choreographed routine. Last month, the missus and I did a tango-rhumba medley...we start with a tango, shift into a few rhumba steps, and then finish with another tango. Here's a clip of us doing our routine in front of an audience of about 400 people:

Just call me twinkle-toes...nah, on second thought that sounds too you-know-what.

My Home Page
Posted by Badabing at 4:21 PM 4 comments:

Let These Nuns Serenade You...

I always say that a little music is good for the soul...so I couldn't resist posting this to get the week started with a little humor.

If you're in the mood for a little holiday melody...try the middle preset button...the presets are the three small white buttons just under and to the righ of the nuns.