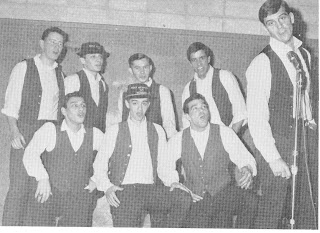 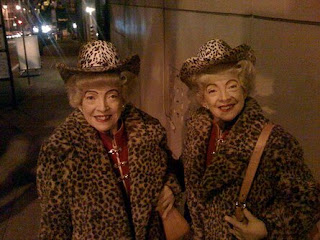 There was this guy who lived in my neighborhood when I was a teenager. We called him Jimmy's Taxi…because his name was Jimmy…and he drove a taxi. Yes, we were very creative back then. Anyway, Jimmy was probably in his 30's or 40's, and single. He rented a room in a house about two blocks from mine. His taxi was old…real old. It was painted a bluish gray…with "Jimmy's Taxi" displayed in faded red lettering on the two front doors.

Several evenings per week Jimmy would park his taxi on Taylor Road, which was kind of an access road that ran parallel to the parkway across from my house. It was a very wide road, with houses on one side that were set way back. I'd often see him there when I took my dog for a walk at night. Sometimes he'd be there by himself, smoking a cigarette while lounging back in the front seat with his long skinny legs sticking out from the driver side window. More times than not I saw him with one of his girlfriends. And sometimes I just saw the car…rocking up and down…a definite sign that Jimmy was gettin' some. I often wondered how he could manage a prone position without his feet jamming up against the window because he was more than six feet tall.

Well, one night the car was bucking up and down with more than usual vigor. The front window was open a bit, and I could clearly hear the grunts and groans as I walked the dog on the opposite side of the street. I was tempted to get closer and maybe catch a peek of the action, but was worried that the dog would get spooked by the mating sounds and start barking…and I didn't want to put the kabash on Jimmy's fun. Instead, I just continued down the street.

On my way to school the next day, I stopped by my friend Billy's house. Billy wasn't quite ready, so his mom told me to have a seat at the kitchen table while I waited. Billy's mom was really cool. She was a big, rotund woman. She always had a smile on her face and she had an incredible sense of humor.

"Did you hear about Jimmy's Taxi?" she asked.

"He died in the saddle. They found him parked in his car on Taylor Road."

The look on my face made it clear that I had no clue what she meant by dying in the saddle. She broke into a laugh. I shrugged my shoulders and looked at her expectantly. That made her laugh even harder.

"Billeee…," she yelled. "Come out here and educate Joey."

She resumed her laughing until Billy came into the kitchen.

The first thing Billy said to me was "You hear about Jimmy's Taxi? He died in the saddle last night."

"Joey doesn't know what that means," his mom said. She was now laughing so hard her face had turned a beet red.

"He was porkin' his girlfriend in the car and had a heart attack," Billy said. "Died right there on top of her."

"You're shittin' me," I said, forgetting for a moment that Billy's mother was there. "I saw his car there last night when I walked the dog. He was really going at it."

"They had to call the fire department to pry her loose," his mother said, wiping the tears running down her cheeks. "God, I'd give anything to have seen the look on her face."

Now...I know we should have felt sorry for Jimmy, but for some reason all we could think about was the image of the firemen showing up and finding the two of them like that. I almost peed in my pants laughing.

On the bright side…my vocabulary was enhanced a bit that morning.

By the way, this is a true story. It was inspired by my connection with an old neighborhood friend on Facebook a few days ago. He lived about a hundred feet from where Jimmy died.

Email ThisBlogThis!Share to TwitterShare to FacebookShare to Pinterest
Labels: dying in the saddle

I can't believe it's been more than a year since I've posted here...but, I'm baaaack!!

Oh...and Happy New Year to all. Here's how mine is going so far: