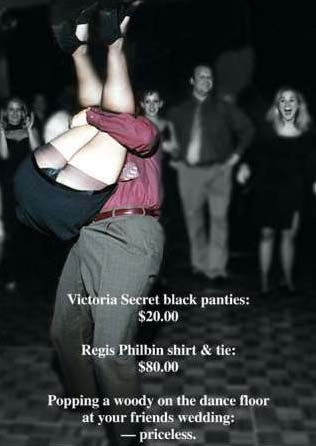 The year was 1962, the Duke of Earl song by Gene Chandler was at the top of the charts, and I was in the ninth grade. My buddies…Eddy, Joey, Billy, Jerry…and I would sing this song as we walked the streets at night. I remember one night in particular when we were doing this on our way to a school dance.

Earlier that night, I was finishing up my paper route. It was late Winter, early Spring, because it was still dark out when I finished up. A girl I went to school with, but never really new except by name…I'll call her Cyndie...lived in the last house I delivered to. My paper route was in the wealthy part of town and I lived on the other side of the tracks. Cyndie was considered upper class, so boys in my caste didn't have a shot with someone like that, which is why I only knew her name but didn't really know her. The lights were on inside the house and I could see inside through the small windows that flanked both sides of the front door. As I bent down to put the paper under the doormat, I saw that Cyndie was standing just inside the front door, talking on the phone...wearing only a pale pink bra and matching panties! Boing! (that's guy talk) Of course, nowadays she'd be wearing a push-up bra and thong…or maybe just a thong...but back then the girls didn't have too much of a style choice when it came to lingerie, so far as I knew. Her panties went below the butt cheeks and just up to the navel. As I write this I have a crystal clear recollection of exactly what they looked like. Though they left much to the imagination by today's styles and standards, in those days I had a bigger imagination (and a few bigger other things) than I do today, and I had no problem visualizing what I thought would be under that silky fabric. Double boing!!

There I was caught like the proverbial deer in the headlights…frozen still, knowing I'd be in deep shit if someone caught me…but, damn, this was the closest to a real live naked woman that I had ever been. No way in hell was I going anywhere. I don't recall how long I stood there…could have been a minute…could have been 15 minutes, but when I left I was nine parts stimulated and one part relieved that I hadn't been caught. And of course, I couldn't wait to tell my buds what I had just seen.


So, later that night the boys and I are walking up to school to attend the dance, singing and practicing our dance moves under the street lights. Our singing and dancing that night was particularly fueled by the peeping tom incident that I shared in exhaustive detail. Each one of us took turns struttin' our stuff in the spotlight…actually streetlight…as the others chanted "Duke, Duke, Duke, Duke of Earl, Duke, Duke" and bragged about how our moves were going to lead to gettin' some from the girls we would soon be picking up at the dance. Our moves mostly involved obscene pelvic gyrations and seductive facial expressions, that we honestly believed would get us laid. To most people, these moves probably more closely resembled someone who had just been kicked in the nuts and was simultaneously battling a severe case of constipation.

We get to the dance, full of testosterone and anticipation, trying to look cool. The girls were bunched up on one side of the cafeteria, the guys on the other, and some non-descript band was playing…badly…and too loudly (in retrospect)...on stage. Whatever bravado we had disappeared to the first beat of the music. Only a few very brave souls crossed the chasm and asked a girl to dance…and only when a slow dance was being played. Ultimately, our conversations turned from sex to where we wanted to go for pizza after the dance.

The band announced the next dance would be a ladies choice, and it was like a general had just announced "charge" to his troops. A sea of pastel dresses confidently crossed the chasm and invaded our ranks. Some of us smiled, some looked around, and some looked at the floor. Anything to avoid eye contact. Someone tapped me on the shoulder. It was Cyndie..."Hi paperboy. Would you like to dance?"

Fortunately, or so I thought, they played a slow one. We danced, but didn't talk. I made minimal eye contact, but she was looking straight at me, smiling, the whole time. From the corner of my eye I could see my friends…watching us, laughing, and elbowing each other. Of course, you know where my thoughts eventually drifted…make that immediately drifted. Holy shit, I was dancing with the girl in bra and panties. I could hear my heart beating and feel something else throbbing. All in all it probably took ten seconds for the testosterone to go to work. This became a bit embarrassing as my manliness…no, make that boyliness (yes, I know it's not a real word)...pressed against her. Surprisingly, she didn't seem to mind.

The song finally ended. She looked me in the eye, smiled, and said "Thanks. I never knew you were our paperboy before."

Gee. And MY little comment brought out all of THAT? Wonder what would happen if you ever read my novel...

No, I don't think the world is ready. But I'm honored, of course. My last name (Earle) is what caused me to be tagged with that nickname when the song by Gene Chandler became popular. It always amazes me that such a bad (face it) song turned out to be so memorable, as I rarely ever meet someone who doesn't know it. They immediately start in with the "Duke, duke, duke..."